Creativity, Inc. is about Pixar. The book contains the wisdom of managing a creative company shared by Ed Catmull. This book is about leading by being self-aware. I would like to learn the management lessons that the former president of Pixar is sharing in the book.

Amy Wallace is a journalist and writer. She is currently the editor-at-large at Los Angeles magazine.

Creativity, Inc. has an Introduction (Lost and Found), 13 chapters which are organized into 4 parts, and an Afterword (The Steve We Knew).

Part I is Getting Started. The 4 chapters here are Animated, Pixar Is Born, A Defining Goal, and Establishing Pixar’s Identity.

Part II is Protecting the New and has 5 chapters. They are Honesty and Candor, Fear and Failure, The Hungry Beast and the Ugly Baby, Change and Randomness, and The Hidden.

Part III is Building and Sustaining. There are only 2 chapters: Broadening Our View and The Unmade Future.

Part IV is Testing What We Know. The 2 chapters here are A New Challenge and Notes Day.

There is also a summary at the end of the book known as Starting Points: Thoughts for Managing a Creative Culture where the authors share the principles that Ed developed in Pixar.

Do you know that Pixar first started by selling computer (Pixar Image Computer)? I did not know it until I read this book. Pixar is also the first to make a movie with computers (Toy Story).

Creativity, Inc. is about managing creative culture. What is management in the Ed’s mind?

The nature of management is decisions made, usually for good reasons, in turn prompt other decisions. When problems arise, disentangling them is not as simple as correcting the original error. Finding a solution is often a multistep endeavor.

Managers must not be content to have good ideas but have to engender support for those ideas among people who would be charged with employing them. He advised against identifying too closely with one own’s ideas as we will be offended when they are challenged.

To get right ideas, the precursor is getting the right team. However, getting the right people and the right chemistry is more important than the right idea. We also have to accept that not every hire will rise up to make a difference. However, put a framework to find potential, then nurture talent and excellence, believing that many will rise, while knowing that not all will.

Management should take the long view, to intervene and protect the employees from their willingness to pursue excellence at all costs. This is to prevent burnout and take care of the employees’ well-being.

What are the characteristics of good managers? They reach out, listen, wrangle, coax, and cajole. The indicator of managing well is whether the people can work well together. Can they rally to solve key problems?

Change should be welcomed instead of resisted, if justified. However, self-interest guides opposition to change, but lack of self-awareness fuels it even more. Experiments are necessary and productive. We must accept that failures will occur and the attempt to avoid failure makes failure more likely. Moreover, unforeseen things can and do happen that are nobody’s fault. To disentangle the good and the bad parts of failure, we have to recognize the reality of the pain and the benefit of the resulting growth. We cannot control failure but we can control our reaction to the failure. Thus, management’s job is not to prevent risk but to build the ability to recover.

If we don’t try to uncover what is unseen and understand its nature, we will be ill-prepared to lead. Whatever these forces are that make people do dumb things, they are powerful, they are often invisible, and they lurk even in the best of environments. Thus, importance of remaining open all the time as a route to self-awareness should be emphasized.

To have a constructive discussion, he recommends an additive approach (start with the understanding that each participant contributes something even if it’s only an idea that fuels the discussion and ultimately doesn’t work) towards viewpoint being offered in a discussion rather than competitive approach (measure other ideas against your own, turning discussion into a debate to be won or lost).

Unleashing creativity requires loosening the control, accepting risk, trusting our colleagues, working to clear the path for them, and paying attention to anything that creates fear. Use candor, safety, research, self-assessment, and protecting the new to confront the unknown and to keep the chaos and fear to a minimum.

We need to be aware that when downsides co-exist with upsides, as they often do, people are reluctant to explore what’s bugging them, for fear of being labeled complainers. We have to create an environment that removes this fear in order to have good progress.

The Starting Points at the end of the book contains the principles that Ed and his team developed throughout the years in Pixar and Disney. I will share some that I find to be particularly useful here:

1. There is nothing quite as effective, when it comes to shutting down alternative viewpoints, as being convinced that you are right.

2. Trust doesn’t mean that you trust that someone won’t screw up – it means you trust them even when they do screw up.

Creativity, Inc. is like a biography, rather than a normal management book. But management lessons are all over the book. What are the main lessons that I learned? To be self-aware means constantly paying attention and leaders should teach and treat teaching as a contribution to the success of the whole.

Finally, I would end with one good piece of advice offered in the book: measure what you can, evaluate what you measure, and appreciate that you cannot measure the vast majority of what you do. And at least every once in a while, make time to take a step back and think about what you are doing

Get the ebook from Rakuten kobo here

*Disclosure: The above links are affiliate links. Thus, I may earn a small commission when you purchase the book through these links. 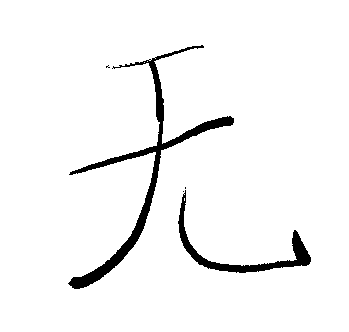